Capitalism, Alone: The Future of the System That Rules the World – Book Review 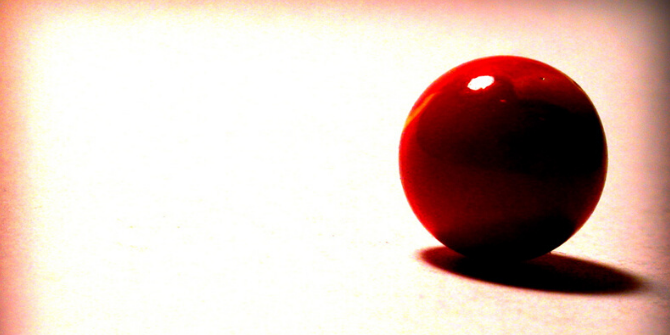 If you are interested in this book review, you can listen to a podcast of Branko Milanovic speaking at the LSE public event, ‘Capitalism, Alone: The Future of the System That Rules the World’.

Capitalism, Alone: The Future of the System That Rules the World. Branko Milanovic. Harvard University Press. 2019.

Capitalism, Alone by Branko Milanovic is a remarkable book, possibly the author’s most comprehensive opus so far. For economists working on inequality measurement, often accused of dealing with ‘measurement without theory’, Capitalism, Alone provides a novel paradigm within which analysis of distributional issues in different economies and social systems can be placed. The overall thesis of the book is that, for the first time in global history excluding a few country cases, capitalism (referring to production organised for profit using wage labour and mostly privately owned capital) is currently the ‘sole socio-economic system in the world’ (2).

This does not entail the end of history however, since a set of typologies of capitalism are sketched by Milanovic in the book – although the author does this in a more stylised manner than usually provided in the academic literature on varieties of capitalism. In my view, the main contribution of the book lies precisely in the neat way Milanovic categorises these ideal-typical social and economic systems, as I explain in the following.

Up to this point, not much novelty. However, Milanovic reaches further than other scholars working on capitalism by defining a novel phenomenon that alone encompasses several challenges that liberal meritocratic capitalism has been facing in recent decades: homoploutia (34). Namely, the rising share of the population earning both high labour and capital income (hence owning the same – homo, wealth – ploutia). Although the association of high labour and capital income at the top of the income distribution has been studied by economists before (by Tony Atkinson, among others), it is in Capitalism, Alone that this concept is embedded for the first time within a thorough analysis of the underlying socio-economic system. Why is a rising degree of homoploutia dangerous within liberal meritocratic capitalism? Because it allows economic elites to become more autonomous from the rest of society, and to overlap to a higher extent with political elites, introducing plutocratic features. If this distortion expands, the danger is that liberal meritocratic capitalism would assume the contours of the other main typology of capitalism analysed in the book: Political Capitalism.

Milanovic defines political capitalism, through the historical example of Deng Xiaoping’s China, as an ideal-typical socio-economic system in which the autocratic and technocratic bureaucracy in power has the duty of delivering high economic growth (possibly higher than liberal meritocratic capitalism), both to justify its leading role and the absence of a binding (that is, selective application of) rule of law (91). The main danger for a country picking this ideal-typical system is that endemic inequality due to corruption and the discretionary power of the political elite might not be tolerated by the population, especially whenever economic growth slows down. In other words, high and widespread income growth is the necessary glue for a system where endemic corruption and rising inequality might lead to disruption. The selective application of the rule of law is also important, since a rule of law without exceptions would allow competition between different economic elites, which could eventually overturn the power of the political elite in charge.

The above, although it represents the central thesis, is only a fraction of the material that the reader will find in Capitalism, Alone by Milanovic as an analyst of the different types of capitalism. Among other topics, I would like to mention the detailed historical review of economic and political development in China, within which Milanovic empirically demonstrates how fast the share of fixed investment and industrial output by privately-owned firms has risen in the Chinese economy. At least as interesting is the analysis the author delivers on the unsettled role of communism within global twentieth-century history, claiming that ‘communism enabled backward and colonized societies to abolish feudalism […], and build endogenous capitalism’ (75).

The last part of this review focuses instead on the policymaker Milanovic. Imagine the author joins the hypothetical council of advisors of the political elite in a country under liberal meritocratic capitalism. What should be done to move towards People’s Capitalism – with individuals earning equal shares of income sources, inequality under control and high intergenerational mobility – while avoiding the potential divergence into political capitalism? Milanovic provides readers with a set of economic and social policies, among which I will highlight the two most substantial ones.

First, the author proposes the introduction of tax advantages for the poor and the middle class in order to increase their endowments of financial capital with respect to the richer deciles of the income distribution. This would reduce concentration of wealth in liberal meritocratic capitalism, lowering the dangers that come with homoploutia, though whether this would be sufficient is not analysed in detail by Milanovic. As an interesting example, this would be similar to the recent scheme of a ‘Share Savings Account’ introduced in Norway in 2017.

Second, and possibly more controversially, Milanovic proposes the introduction of ‘Citizenship light’, giving incremental access to welfare benefits and other social and economic rights for immigrants, ending the strictly binary division between citizens and non-citizens (217). The objective would be to make immigration more palatable politically. Milanovic defines citizenship as ‘a joint monopoly exercised by a group of people […] that gives rise to the citizenship rent’ (133), leading to higher income streams than those of non-citizens. In sum, native citizens are more likely to accept migrants, the less migrants are granted the benefits annexed to citizenship. The author qualifies this proposal as a realistic solution in order to allow migration to happen, migration being one of the key variables to reduce global income inequality (see Milanovic, 2016). In my view, the statement that access to welfare benefits in rich countries is based mainly on citizenship is only true to some extent (156). Social insurance systems in many welfare state countries are mainly based on residence (for example, Norwegian National Insurance Scheme, 2019), in combination with employment and with the amount of years one has contributed to the system with tax payments. In other words, if citizenship does not play the role assigned to it by Milanovic in countries with generous welfare states, the worst-case scenario depicted by the author – that the welfare state in the era of globalisation has to be dismantled in order to allow migration without backlashes (156-57) – becomes a more remote possibility.

Let us switch to the specific topic of the challenges faced by welfare states in a globalised world, touched upon in the book in Sections 2.3b (50) and 4.3 (155). Milanovic claims that ‘it has become a truism that the welfare state is under stress from the effects of globalization’ (50). In my view, this claim is not robust depending on how one defines the costs and benefits (or added value) of a welfare state economy. If globalisation increases income volatility and entails unemployment shocks, then the visible costs of welfare benefits in terms of national income increase. These costs are publicly discussed, as they entail higher taxes to be covered. However, the hidden gains of these measures provide economic value that does not show up in the national accounts, as they avoid even higher income reduction. The costs in terms of lost productivity and income when large shares of the population are not protected by social insurance might in the long run be even higher than the short-run costs of paying for services and transfers in times of recession (Kalle Moene, 2018).

Ultimately, I highly recommend Capitalism, Alone to all readers and scholars interested in challenging their understanding of the (supposed) sole socio-economic system we live in, including how Milanovic advocates to change it for the better and move towards the ideal-type People’s Capitalism outlined in the book.

Roberto Iacono is an associate professor in economics and social policy at the Norwegian University of Science and Technology (NTNU). His latest research is at the intersection between public economics, labour economics and political economy, with a focus on (i) economic inequality and (ii) policy-relevant questions related to the ‘Nordic model’ of economic development and welfare. He is also managing editor of the Journal of Income Distribution (JID).