Reflections on the nature and meaning of teamwork 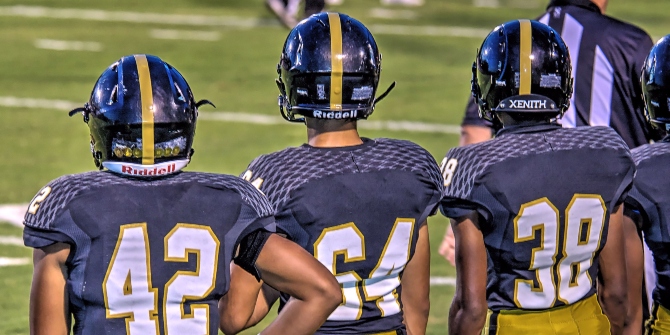 Teamwork is a complex social dynamic, at once a principle of optimal efficiency and an occasion of personal cooperation. We might visualise this complexity in terms of a vertical pursuit (the achievement of some collective goal) and a horizontal relationship (the cooperation among team members as they pursue the collective goal). The vertical is conceptually prior: teammates do not come together for the primary purpose of interacting with each other, as if that were an end in itself; there is always some goal or purpose that structures the cooperative efforts. At the same time, each individual who contributes to this purpose brings a particular set of talents and, even more importantly, a personal dignity and inviolability that should never be transgressed in the vertical pursuit.

In ideal situations the synergy of the horizontal—how well the teammates work together and blend their talents—translates directly into greater vertical achievement. Good teams accomplish more working together than individuals can working separately. But the two values are distinguishable and can reside in some tension with one another. For instance, we can imagine a teammate—let’s say a basketball player—who because of her exceptional talent does more than anyone else to help the team win but is rather selfish and uncooperative. Compare her to a teammate less talented but more versatile, cooperative, and supportive. An obvious question presents itself: Between these two, who is the better teammate? The answer to that question might turn on which of the following questions one considers the more helpful gloss: Who gives you a better chance to succeed? With whom would you prefer to play? Teams typically work or play together over extended periods of time, which might argue in favour of the more cooperative teammate. Team morale matters and will usually manifest itself in objective results, especially over the long haul.

It is useful to distinguish tangible and intangible assets, both of which contribute to effective teamwork. By the former I understand those skills and expertise that coordinate with those of others, and, especially, the practical intelligence to know how to support other performances. Good teammates know how to put others in a position to succeed, an ability that is not only or even primarily a matter of simple good will. Of course, there is no substitute for sheer talent in team enterprises, especially when we keep in mind that the vertical pursuit always enjoys a structural primacy. Nevertheless, some intangible qualities are indispensable elements of team success: good energy, enthusiasm, non-critical support of teammates’ efforts, and a willingness to take on less glamorous or enjoyable roles for the sake of the team. Anyone who has ever been part of a team knows how valuable these qualities are.

The social construction of the self

Genuine teamwork involves both commitment and risk. Teammates pledge themselves to one another in an effort to become a unified group rather than a collection of individuals, a pledge that involves a leap of faith. This leap requires that one subsume one’s self-interest to the interest of the team. There are a couple of ways to understand this. First, one could consider the leap of faith an investment strategy according to which individuals forego immediate satisfactions, such as scoring a lot of points or gaining a lot of attention, for an opportunity to reap greater satisfactions, such as contributing to a more successful team effort. The implicit suggestion is that one would prefer to contribute in some fashion, large or small, to a winning or successful team—or at least a team that is doing things the ‘right way’—rather than shine on a losing team, even if there is more glory or attention in the latter.

Needless to say, not everyone will be convinced by this offer. The second way to understand the team commitment is as an instantaneous or transformative experience for the players; the appeal is still to one’s self-interest, but the commitment here redefines precisely what constitutes self-interest. The transformative paradigm understands humans to be fundamentally relational and collaborative beings. This understanding does not depend for its intelligibility upon future dividends; it suggests that quite apart from the increased efficiency of the team dynamic, teammates experience a deep satisfaction from the mutual commitment to a larger purpose.

The outline offered above provides a general account of teamwork even as a few examples have made reference to world of sport. There are obviously different kinds of teams, which we can distinguish according to different vertical pursuits: athletic teams pursue victory, and there are analogous instances in medicine, business, law, and many other fields. Just as the vertical principle can vary, the horizontal relationship obtaining among teammates can vary as well. For example, using a sport analogy, we identify some teamwork as essentially additive (teammates work separately but accumulate their efforts, as in golf); some teamwork is coordinated (teammates’ efforts are still largely separate but involve some interaction, such as in relay races); some teamwork is corporate (individuals occupy different positions and have different skill-sets, such as in baseball or American football); and some teamwork is interchangeable (individuals can, depending on circumstances, fluidly trade roles, as in basketball). Despite all these variations, the basic challenge of teamwork is similar.

The teamwork is a model of human society and undeniably presents some formidable challenges, but in its best instances it offers to participants an opportunity to experience the simple and profound satisfaction of knowing that one belongs.

Paul Gaffney is an associate professor in the philosophy department at St John’s University (New York City). Dr. Gaffney also regularly teaches business ethics and other courses at John Cabot University’s summer program in Rome, Italy, since 1999. He was a visiting fellow at the Institute for Public Philosophy at the University of North Dakota (Spring 2009), and has received grants and fellowships from the National Endowment for the Humanities and the Heritage Foundation. He is the editor of the Journal of the Philosophy of Sport since 2015. He is currently writing a book entitled Teamwork in Sport and Society.