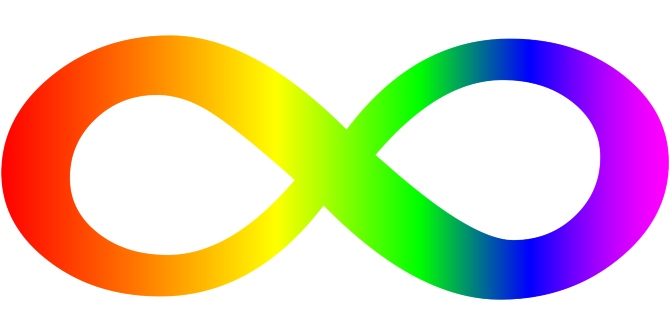 Competencies represent a combination of knowledge, skills, abilities, attitudes and behaviours that enable an individual to successfully perform in a certain position. Competency-based interviews (also known as behavioural interviews) consist of open questions that target a specific competency. Examples of competency based questions include: how do you vary your communication approach according to the audience; give an example of a change that you made in your work area; how do you create a good atmosphere within your team; describe a time when you were less successful at work. Such questions give the job candidate the opportunity to explain their behaviour in specific circumstances, thus implicitly revealing information about a specific competency. In turn, the interviewing panel maps the answers against specific competencies to establish to what extent the candidate displays the successful competency profile.

The first barrier relates to the way in which autistic individuals relate to open questions. Open questions are designed to let the interviewee talk about previous behaviours so that the interviewing panel can map them against desired competencies. However, such mapping implies that both the job candidate and the evaluator have a fairly similar way to access meaning behind words. This is not the case when interviewing autistic individuals, as it is well known that they tend to take the literal meaning first and rarely access the implicit meanings that are constructed at the intersection of words, tone of voice, body language.

Furthermore, when spontaneously answering open questions autistic individuals will take longer to respond and will give a rather detailed answer, often going on tangents. Last, but not least, individuals on the autistic spectrum tend to answer open questions by narrating in detail what they did (as opposed to how they did it and the rationale for their behaviours, which is the expectation in competency-based interviews). This creates a sense that the interviewee is evasive, not forthcoming or does not have meaningful experiences to show.

Overall, the reaction autistic job candidates have to competency-based questions is that that they showcase weaknesses and provide little opportunities to express strengths.

A second barrier, not well evidenced so far, relates to the personal attributes that evaluators associate with an autistic candidate. One of the reasons why competency-based interviews are popular with hiring managers is because they allow the evaluator to gauge the person behind the candidate and to link these inferred personal attributes to expectations of suitability and performance.

Ample research has demonstrated that applicants’ interpersonal attributes (e.g. warmth, confidence, flexibility) inferred during open interactions are highly correlated with the interviewers’ overall positive evaluation of a candidate. This raises the question how warm, confident or flexible are autistic individuals perceived and, furthermore, whether variations exist across candidates’ gender. While the first barrier applies across gender, the second one might vary by gender, given that at the society level autism is often associated with men rather than women. Unfortunately, there is little research and awareness of how gender and autism interact in recruiting.

In a part of our research, we presented 268 respondents – all working and majority highly educated – with the case of a highly qualified young professional who is high functional autistic (either male or female) and ask them to evaluate the candidate on a number of attributes such as: competence, intelligence, warmth, confidence and flexibility (tolerance). The scale ranged from 1 to 5. While the median evaluation for competence and intelligence was 5 (the maximum possible), the median evaluations for warmth, confidence and flexibility were a mere 3.

As 57 per cent of our sample had previous experience interacting with autistic individuals, we investigated whether their awareness of the condition affected their ratings. This conjecture is of practical relevance, since much of the diversity and inclusion training considers awareness as an important step toward a fairer evaluation of diversity. We found that exposure to the condition had no impact on the way in which respondents evaluated the candidates, a result that fuels the recent criticism of diversity and inclusion training that mere exposure to diversity does not translate in more understanding of how diverse candidates could add value to organisations.

In the UK, the government has set the goal to reduce the employment disability gap by half between 2017- 2020, which means that organisations would need to hire more than one million disabled people during this period, including autistic individuals. With competency-based interviews putting autistic candidates in a less favourable position, the practical question is what could the companies do?

Fortunately, recent recruiting initiatives show that there are ways for organisations to circumvent these two barriers to recruiting neurodiverse talent. To start, organisations willing to become more inclusive in their recruiting could look at Microsoft or SAP who have designed alternative ways to recruit, cutting entirely the competency-based interviews that put autistic candidates at a disadvantage. Other companies have replaced open presentations with equivalent written tasks that might be less likely to lead to the formation of biased impression about someone’s likability or flexibility. Many other reasonable adjustments could be possible.

Replacing widely used trusted recruiting instruments such as the competency-based interviews requires a cultural shift and the ambition to hire talent no matter how different.

Daniela Lup is associate professor of human resources and organisational behaviour at ESCP Business School. She has a broad interest in sociological aspects of work, employment and organisations, with a particular focus on understanding how various characteristics of the organisational structure and culture affect employees’ attitudes and behaviours at work, and beyond the work domain (family, community).  E-mail:  [email protected]

Esther Canónico is a lecturer and researcher. She holds a PhD in Organisational Behaviour from LSE and an MBA from London Business School (UK). She is also currently a visiting lecturer at London Business School. Her research interests include work-life interface, flexible working practices, and diversity in the workplace. She is particularly interested in understanding the mechanisms that prevent diversity in the workplace and the effectiveness of organisational practices that help to promote it.