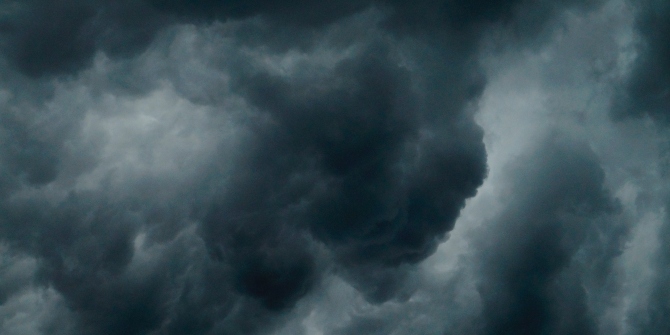 How does leadership development need to change in the light of the turbulent and fast-changing economic, political and social environment organisations find themselves having to operate in? This was the questions global management network EFMD explored in a research project involving a special interest group of 12 member companies, including Bayer, L’Oreal, Nokia, Engie, Swiss Re and Siemens.

The group came up with a set of eight beliefs, based on their shared experiences of challenges they were facing in the new world of work and perceived shortcomings in their current leadership development offering. The resulting report, ‘Innovation in Leadership’, published in conjunction with Hult International Business School, sets out the case for change and shares stories of how the companies involved are already starting to transform their practice.

The group found that leaders must be differently prepared for a transformed future. Members believe the necessary preparation requires a radical rethink of the nature of leadership development, a revising of what is being taught and an innovative exploration of how leaders must be developed. There are plenty of headline examples of the abject failure of leadership, and the consequent collapse of confidence and the destruction of value. These dramatic examples should not be allowed to overshadow the less spectacular day-to-day underperformance of leaders, with the consequent loss of revenue and opportunity and the draining away of key talent.

The group came up with eight belief statements, developed through an iterated, facilitated exercise and endorsed by every member company:

Each member company provided evidence from within their own organisation, in the form of a short case study, of one or more of these beliefs being practiced within their own leadership development activity. This gave the beliefs validity.

The consistent underpinning narrative of these belief statements is that there is a direct link between leadership behaviour, staff engagement and the well-being of the organisation. The case evidence strongly suggests that when these conditions are optimised, the organisation experiences increased productivity and better performance. This optimisation requires the realigning of traditional leader behaviours in order to improve staff engagement and organisation well-being. What this means, in practice, is making the following shifts in leader behaviours and attitudes.

Many of the companies involved in the project were feeling pressure on margins, compounded by new, agile players entering the market to challenge large, stable incumbents. Here, mindset change was critical in order to create leaders able to see beyond their team or function and to work holistically.

All member companies were involved in transforming multiple aspects of their organisation. A major part of their leadership philosophy and a major responsibility for leaders to undertake was this transformational change. Here, the focus was on the leaders’ role and the necessary skillset in empowering and convincing others to commit to transition, often in times of turbulence and uncertainty.

All the companies focused their attention on ensuring behavioural change. This meant moving away from traditional courses to, for example in Bayer’s case, learning journeys. Part of the Bayer learning journey philosophy was to ensure stronger connections between leaders, to exploit the vast experience of the leadership and the company and to problem solve for each other. The aim was to help the organisation see the challenges of leadership as a collective responsibility, not an individual task.

Swiss Re selected a small group of outstanding senior leaders to pioneer a new programme that involved them reflecting deeply on their own leadership purpose and how they can impact on the organisation as a whole to enable change. This small-scale, high-impact approach contrasts with Engie’s huge initiative for all 15,000 managers to reassess every aspect of leadership to reflect their changing environment.

All the companies have moved forward with significant and often radical new initiatives and are demonstrating concrete results. They all reflect a discontent with traditional leadership development and a need for radical reassessment of what it means to lead in this era, and how best the organisation can support their people in leadership roles.

A strong conclusion that was affirmed by the whole group was that the reinvention of organisations cannot be achieved without reinventing what leadership means, and ensuring leaders are equipped to lead through that transformation.

The most notable insight was that, despite huge differences in scope and challenge, despite the members coming from hugely different sectors and operating in different markets, the challenges faced by these companies were very similar. No member was satisfied with the scope or impact of their current leadership development offerings, and all recognised the need for radical change as an urgent requirement. All members shared common perspectives that could be articulated by a common language, and insights from one were helpful to all. This is how the group could agree a set of common beliefs that trace the trajectory of innovation in leadership development.

No member company was claiming that the shortcomings of their current leadership development activities were acute, yet because of this, rather than despite it, there was pressure to act. The role of the leadership development team was to embody the mission and approach of their company and to work out what leaders needed to do, how they should behave, in order to accelerate the transformation process.

All the companies agreed that there was a magic square for managing human capital. This is defined by: building agility, strengthening culture, delivering now, and preparing for tomorrow. All areas are equally important.

The role of leaders in first adapting organisational culture to new needs and then embodying it was extremely important. It was agreed that a consistent approach, rooted in a set of shared beliefs and behaviours, needed to be cascaded from the top of the organisation, with no exceptions and with sanctions for non-compliance. It was important to demonstrate that leaders are clearly the custodian of the organisation’s culture and values. It is an organisation’s culture and its values that become significant touchstones in times of disruption. When values or culture are challenged, as they surely will be, then leaders must support them strongly.

Roger Delves is a professor of practice in leadership, Hult Ashridge Executive Education.